Why Your Child REALLY Wants To Quit Guitar Lessons

As a teacher, it breaks my heart when I lose a student who I know has the ability to be a great guitar player but for some reason doesn’t want to continue with lessons.

Well, before we get to the REAL reason why students quit lessons, let’s first paint the picture….

Sarah had been sitting with her daughter Alice for an hour trying to get her to practice. What would normally only take 20 minutes is now taking up most of their evening.

Every time Alice hits a wrong note the guitar goes down and the more angry she gets. This has been happening more and more lately, Alice just doesn’t want to practice. She loves her guitar lessons and always comes out of her lessons happy and motivated but at home she just does not want to pick up the guitar.

Sarah tells Alice that they will take a break from lessons and if she wants to pick the guitar up in the mean time fantastic, but they agree to leave it a few months and see how she feels then.

The above story is so commonly played out that sometimes I feel like Bill Murray in the film Groundhog Day! I to use to think like Sarah and shrug it off when I would get the ‘he/she doesn’t want to play guitar anymore’ phone call and put it down to the fact that someone had stolen that poor child’s passion.

I have since realised that there is something else at play here that explains why children give up at things they used to love for no apparent reason other than they have lost the passion and that one thing is:

As parents I think we sometimes forget just how fragile confidence can be so often look passed it as the source of the problem.

When a child says “I don’t want to practice” what they are really saying is “I can’t do it”. It is easier for them to withdraw than it is to face the fact that they can’t do it now but through perseverance they will be able to do it later.

So how do you get your child thinking they can do it?

Here are my top ten tips for building confidence in your child when practicing:

So next time your child wants to quit guitar lessons or any activity for that matter rather than throwing in the towel, dig a little deeper and try some of the tips above. You will get them back on track in no time.

When looking back over my childhood I went through loads of hobbies and in retrospect I can see that lack of confidence was the reason for me quitting each time. Isn’t hindsight a great thing!

How do you keep your child moving forward and motivated? Leave a comment below, I would love to know. 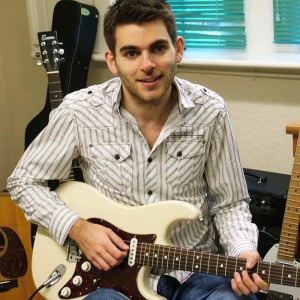 Paul is the owner of G4 GUITAR School Ashford. As well as managing the school and teaching over 100 students a week, he also is an Amazon best-selling author and has written articles for Acoustic guitar, Play Guitar and Teach Guitar magazines.
PrevPreviousHow To Choose Your Child’s First Electric Guitar
Nextplain pageNext